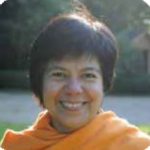 When practising or teaching the abdominal breath it is common for many of us to take for granted the mechanism, yet not quite fully understanding the process involved.

Abdominal breathing is also known as deep diaphragmatic breathing and it is the diaphragm that takes centre stage here. What exactly is this muscle and what does it do? The diaphragm has been variously described as a muscle shaped like a double dome, a parachute, a jellyfish, a cupola and so on.

Just like other muscles in the body it is fibrous, non-rigid, contracts and stretches, and because of its supple – ness takes the form of the organs with which it comes into contact. At the top of the “dome” the tissue contains a mass of collagen fibres which together make up the central tendon. 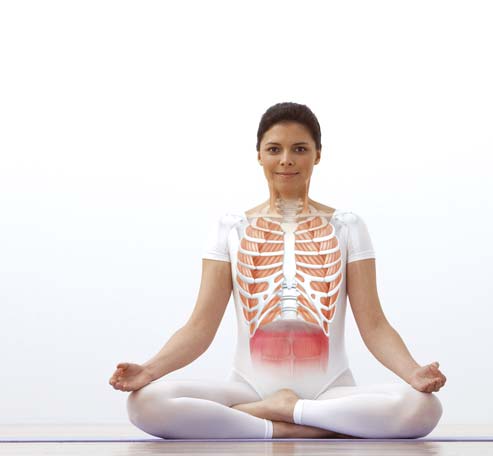 During inhalation the diaphragm contracts and moves downwards. 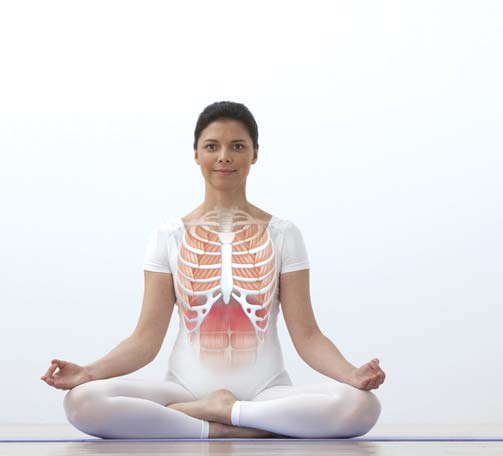 During exhalation it relaxes and moves back up.

Where is the diaphragm in the body?

It lies between the thoracic (chest) cavity and the abdominal cavity. In fact it separates these two cavities and at the same time connects them to each other. One can think of the diaphragm as acting like double-sided tape. On the upper side – the thoracic cavity or thorax – the lungs are attached via the pleura, (a thin sheet of tissue surrounding the lungs) and the heart via the pericardium (a sac of smooth membrane enclosing the heart).

On the lower side – the abdominal cavity – the diaphragm attaches to the stomach and the liver via the peritoneum, (a membrane that covers many of the abdominal organs). The muscle is also in direct contact with the kidneys, spleen, pancreas and parts of the large intestine. At its base the diaphragm is attached to the skeleton at the lower rib cage and to the spine in the lumbar region, around waist level. The top of the muscle (the central tendon) reaches the height of the fourth or fifth rib. 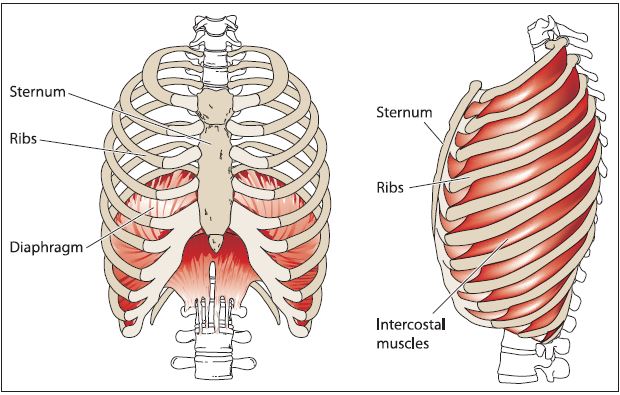 What exactly does the diaphragm do and what is its role in the breathing mechanism?

Most of us believe that the breathing mechanism starts with the inhalation of air. This is not accurate. Initially the body registers its need for air and nerve impulses pass to the diaphragm instructing it to contract. When the diaphragm contracts it loses its bowl-like shape and flattens moving downwards, pulling the lungs in the same direction (remember the lungs are attached to the diaphragm) creating a vacuum in the lungs.

In order to maintain equal pressure inside the lungs and outside of the body, inhalation is initiated. As the lungs expand with the intake of breath they push down on the diaphragm. As the diaphragm moves downward it exerts pressure on the abdominal organs. These are unable to compress and so balloon outwards, giving the impression that it is the abdomen that is “breathing”.

If the stomach is full or the lungs are not elastic enough the inhalation will be inhibited. In exhalation the relaxation of the respiratory muscles decreases the chest cavity, deflates the lungs and the top of the diaphragm (central tendon) is drawn upward by the contraction. The relaxation of the diaphragm back to its dome shape allows the abdomen to return to its original position. 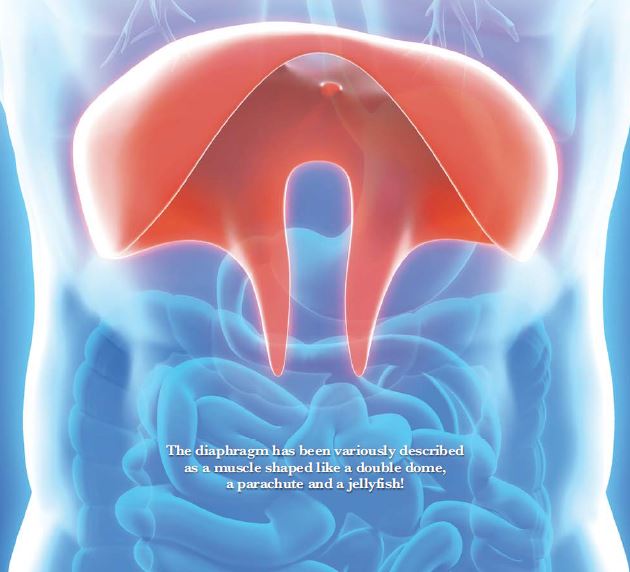 The advantages of abdominal breathing are many and it is these that make the diaphragm such an amazing muscle. Abdominal breathing is the most efficient method for achieving maximum movement of air (both inhalation and exhalation) with the least expenditure of muscle energy. The diaphragm moves internal organs, which in the case of the abdominal organs helps to eliminate constipation.

Tension in the shoulders is reduced as these are not used in the breathing process. By the movement of the diaphragm over the aorta and vena cava more blood is brought to the heart increasing circulation in the heart and around the body. The lymphatic system is stimulated by the movement of the diaphragm increasing the strength of immunity within the body.

Abdominal breathing is not just “breathing”

Its advantages are far reaching and for these we can thank the diaphragm for its tireless work!!

Swami Rajeshwarananda is the director of the Sivananda Yoga Vedanta Centre in Rome. email: [email protected] 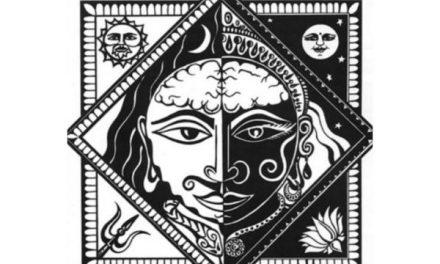 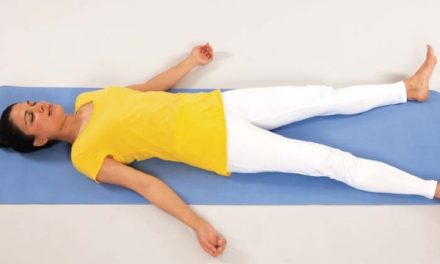