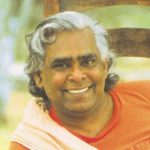 as told by Swami Vishnudevananda

The Man in the Boat

Once upon a time there was a philosopher-scientist. He knew all subjects—chemistry, biology, physiology, physics and more. One day he was being taken across a large river in a boat by an old boatman. The river was calm. It was sunset and a soft breeze was gently blowing. Everything was idyllic and the philosopher- scientist was relaxed and happy.

As he looked at the boatman, wrinkled and illiterate, he asked him whether he had ever gone to school. The boatman replied that he hadn’t, he had never had any time. The philosopher-scientist, filled with intellectual pride, castigated the boatman for wasting his life in not getting an education, and told him that he should have learned at least how to read and write.

As he was admonishing the poor man, a big storm started to brew and the boat began to rock and roll in the river. It was on the point of capsizing. Now it was the turn of the boatman to ask the questions. ‘ Do you know how to swim dear sir?’ he inquired of his passenger. ‘No’ replied the philosopher-scientist with great fear in his eyes. “Dear sir you have wasted all your life. Your chemistry, biology and physiology are not going to save you now. You should have spent some time in learning to swim.”

It is the same with all of us. We are like the philosopher- scientist. We know about the functioning of the lungs, liver, spleen, kidney and pancreas. We know about mental strain, mental health. We know about catabolic and anabolic processes. We have learnt it all and yet we still eat junk food, we still waste our time on idle gossiping. What is the purpose of your degree? You have no mental control. Discipline—that is what yoga gives you. What you are lacking is discipline, practical discipline. Apply the five points of yoga and be free.

The Fakir and the Sheik

Once upon a time a Muslim fakir (ascetic) went to Mecca for a pilgrimage. All kinds of people go to Mecca; rich merchants, the poor, the educated and the uneducated. A rich sheik was there with his ornate tent, adorned with gold and silk—just like a palace. He had servants and attendants and horses and more accompanying him. The fakir had only a small water vessel, the clothes he was wearing and nothing more.

The fakir and the sheik met. ‘You are going to Mecca? With the purpose of renouncing all and seeing God?’ the fakir asked the sheik—barely concealing his sarcasm. The sheik replied in the affirmative, that he was doing just that. ‘How can that be?’ asked the fakir ‘You have all this luxury surrounding you, you are deceiving yourself.’ ‘Perhaps’, mused the sheik. ‘Stay with me kind sir, and you can teach me the art of renunciation.’

The next day the fakir led the sheik, who had now left most of his possessions behind, to walk with him. After fifteen miles or so the fakir suddenly remembered that he had left his water pot in the tent and wanted to turn back. The sheik turned to the fakir, ‘You are attached to that pot, otherwise you would not be thinking about it. We have plenty of pots here. You are unable to renounce it. I renounced all my possessions when I joined you, all the luxuries have gone from my mind. But you still have a worthless pot needling you.’

The sheik taught the fakir a lesson—that renunciation is in the mind.

Once upon a time a young enthusiastic aspirant, wanting to rid himself of all attachment went to the forest and sought a teacher’s guidance. He told the teacher that he wanted to be a disciple. ‘I want to renounce everything. I am fully detached. I hate this world and everything in it.’ The teacher looked at him with a keen eye and told him, ‘ Very well, I will take you as my disciple. But I have to leave tomorrow for a lecture tour and during that time you must stay in my hut here and take care of everything. I will return in six months.’

The teacher left and the disciple started to do a little meditation, a little pranayama and a few asanas. He had renounced everything and had only two loin cloths for clothing, one to wash and one to wear. After meditation one morning he looked up and saw a rat chewing the loin cloth that was drying in the sun. What to do? He knew that he couldn’t keep chasing the rat as his sadhana would be disturbed. So he got a cat to rid himself of the rat. The cat did its work, but now the disciple had to feed the cat. He had to find milk. He went to the local village and begged for milk for the cat. But that didn’t leave him much time for his meditation and pranayama.

Why not get a cow and that way I won’t have to keep walking to the local village, he thought. He acquired a cow. But now he had to look after the cow and the cat and himself. Still less time for meditation and pranayama. I need someone to take care of the cow, he mused. So he married. Now he had a wife and a cow and a cat and himself. After a few months the teacher returned and saw a whole family living in his hut. ‘You told me you were a renunciate… Hmph!! I’m not sure your definition of a renunciate is the same as mine!!!’ Everything that the disciple had ‘renounced’ had returned to him.

Here is a story about attachments. This is how they come— slowly, slowly they creep. We do not know, we do not notice, how they insinuate themselves into our lives. They are very subtle. This is why an aspirant should have purity, in order to understand how easily trapped he can become through attachment.

The Ghost in the Tree

Once upon a time there was a ghost that lived in a banyan tree on a hilltop. Very few ventured there in the day, and no-one at night. Anyone who went up at night never returned alive. One day a local villager decided he was going to go up to the hill to prove everyone wrong. ‘I don’t believe in ghosts or spirits. It’s all nonsense, just imagination.’ he told his friends. They egged him on, offering a large reward if he dared to go at midnight and return safely.

The villager, puffed up with the pride of his own courage was eager to set off. The villagers however wanted proof if they were to hand over the reward. No-one would accompany Mr. Courage, so the villagers devised a plan to give him a marked nail and hammer. He was to hammer the nail to the tree and later on in the day the more brave amongst the villagers would go and check that the nail had been hammered in. At midnight the whole community assembled.

The hammer and nail were duly handed over and the lone villager walked slowly up the hill. It was not long before shapes started to appear before him, aahhh, he thought, only leaves fluttering in the wind, not the ghost, and what’s that noise, that rustling.. could it be the ghost….It was almost midnight, he ran the final stretch at break-neck speed, hammered the nail into the tree and turned to run down. But his upper cloth was caught by the ghost and pulled off him.

He dared not turn round to claim back his cloth, only ran and ran down to safety. Trembling, shaking and stuttering he fell into his bed, shivering with fever and by the next morning he had died. His friends went to check the tree. There was the nail and the cloth, both hammered into the tree. There was no ghost. He had imagined it all.

This is how our minds function. Fear is the thing by which our protection is lost. A positive person has nothing to fear because he has inner spiritual strength, he repeats his mantra and he always keeps God in his mind. 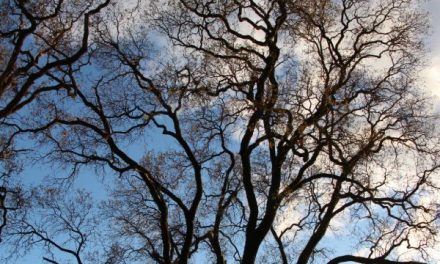 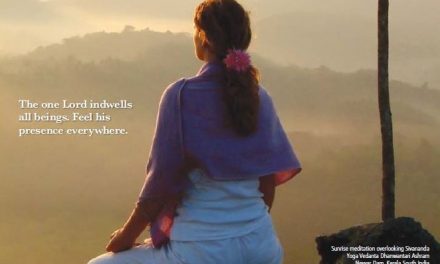 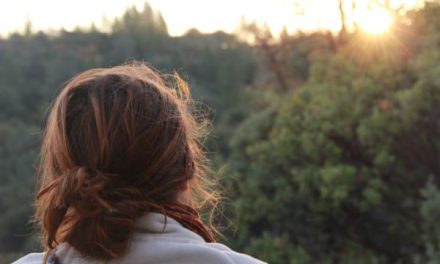 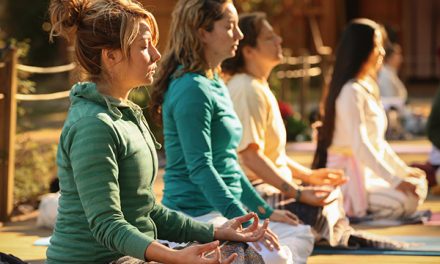 Turn Away, Turn Away