Swamiji: No, not God. God is not the mystery. Because if there is no God you wouldn’t be here and if you are not here, there is no God. You and God are one and that is not a mystery. The greatest mystery is …
Audience: Life. 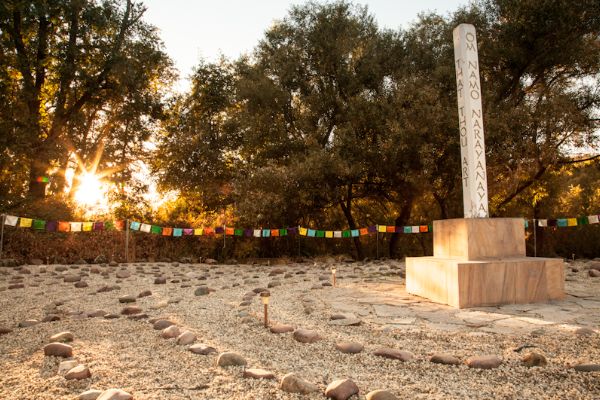 Swamiji: The greatest mystery is not life. It’s death. Death takes place at every moment. Even as I snap my fingers how many people are taking their last breath? At this very moment, as you sit here thousands upon thousands of people are dying. They won’t breathe again. And this process goes on non-stop, continuously. Yet each one of us thinks we will live forever.

Death is the greatest Mystery

That is the greatest mystery. Suppose you turn on the radio at the beginning of a long weekend and the announcement comes that one thousand people will die and many more injured over this holiday period. What do you think? Not me. But when you buy a lottery ticket, when the chances are one in ten million or more, what do you think? It’ll be me!!!

The greatest mystery is death. Death is not something frightening. You’re only frightened because you misunderstand death. Actually there is no such thing as death at all. Our subject this evening is on mortality and immortality. The entire purpose of yoga philosophy is to understand mortality and immortality. In fact it is the purpose of philosophy in all religions.

When we look at a lighted candle we see the flame. But we don’t actually see the candle changing as it burns. We don’t see the change that’s happening moment by moment, the candle getting smaller and smaller. My clothes are disintegrating. Can you see them disintegrating? No. But they are. In a few hundred years they will be dust. This process is going on right now. So also this piece of iron, rusting, oxidising. And this flower. Can you see it change? No. But is it changing? Yes.

How do you know it’s changing? Through analysis, through discrimination we know, but through our senses, everything appears to stay the same. Now, I can accelerate the change. Watch. I can take this flower – it may last for another ten, fifteen days if properly looked after – and I can crush it. Look, I have crushed it. What usually happens in fifteen days, has now taken seconds. But it doesn’t matter how fast I accelerate it or slow it down, change is still going on at every moment.

And we can never stop it. This planet earth itself is changing. California is going where? The American continent is going south; California is going in the opposite direction! In houses built on the fault line, the living room goes to the north and the bedroom goes south! Recent discoveries show that South America, Antarctic and Australia were once the same continent.

There were land connections. There were tropical animals existing in the Antarctic area. The sun, moon, stars, galaxies – everything is changing at each and every moment. What is the present moment? The present moment is immeasurable. It is the interval when the future changes into the past and before it can be measured, it is past, gone forever. And the future is always in the future. All things in this universe change moment by moment, nothing remains in the same state.

Each one of us has forgotten that we too are changing at this very instant. This is something we understand only when we learn to discriminate. This is an important word for us – discrimination. When we use the senses—touch, smell, sight, hearing and taste—we don’t discriminate. We usually accept what we perceive as real. Whatever we see, hear, smell, taste, touch in daily life, we accept them as real. This is the greatest mistake we can make.

Only when we begin to discriminate do we understand that what we perceive is not real, it is always changing, it is impermanent. The purpose of spiritual practice is to teach us to discriminate to know that nothing is permanent in this universe, that change is the nature of all things. We can’t hold on to anything. We call this the Dance of Siva, Nataraja, the dancing Siva, a symbol of the constant state of change. The candle may disappear but we cannot destroy its essence. As the wax is destroyed, heat, smoke and ash are created. This is the Dance of Siva. Scientists talk about how atoms are constantly dancing. Matter dances. It appears to be concrete, but what is it really? Electrons, protons, neutrons moving and dancing in every direction.

Are things changing in a positive or negative way? This flower is changing – is it destruction or construction? Or both? It depends on your point of view. Suppose we take a perfect circle, where is the beginning and where is the end? Construction or destruction depends on your point of view. In fact there is neither, there is only change. Matter cannot be destroyed, it only changes.

The World of Objects

Swamiji: What is an object? An object is anything other than me, myself. We don’t know yet what that me is, but we will come to that later. Suppose I give you this flower, here it is, it’s your birthday. This flower is an object. It is something that can be given away or taken back, and as we mentioned before, it changes. An object is transferable and it changes. Now suppose someone tells me that they are working hard and need another finger. Is this finger subject or object? Use the same analysis: an object can be transferred and an object must change. This finger is changing or not?

Swamiji: I cut off my finger and give it to him. He now has six fingers, but the question is whose finger is it? Mine or his? Remember that an object can be given. So I gave this finger to him. Now whose finger is it? I can give this cloth which is mine. I can also give this finger, which is mine. They are both changing and can be given. Suppose one day I have pain. I go to the doctor ‘Doctor, doctor, my heart is attacking…heart attack.’ Have you ever seen a heart attack anyone?

It is actually you who attack your heart through your bad diet and lifestyle! The doctor looks, ‘Yes, I can see the heart is attacking. Don’t worry. I’ll cut out the attacking heart and throw it in the wastepaper basket. I’ll give you a monkey’s heart in its place.’ So, my sweet heart is gone, and now I have a monkey’s heart. Now comes the question… who am I? What if I think my original heart is part of me, part of ‘I’ and that part is in the dustbin? With my monkey’s heart do you think that a monkey is speaking to you at this moment?

No. It is still ‘I’ that is speaking. This ‘I’ is pure consciousness. In Sanskrit we call it atman. We don’t have an equivalent word in English for atman. It can translate as Christ, Siva, Krishna, Self, soul – whatever name you wish to call it. For our purpose here we call this ‘I’ pure consciousness. This is the closest we can come in the English language—pure consciousness—‘I am’.

Awareness of I Am

This ‘I am’ is an awareness. It is not a quality. When my heart has been exchanged for a monkey’s heart the awareness of ‘I am’ which is beyond quality, beyond name, beyond form, has not changed. Everything in this universe changes but there is one thing in this universe which never changes—and that is the ‘I’ or the Self or atman or soul. Even with a monkey heart, ‘I am.’

Suppose the following day I visit the doctor again. This time it is my liver. My liver is attacking me. He tells me after testing that there is very little blood in my alcohol stream! and advises a transplant of a pig’s liver. Now I have a monkey’s heart and a pig’s liver. Who am I? Am I a pig or a monkey or in between? ‘I’ did not change. Then the next day I change my kidneys, my blood, and have a nice nose job, a plastic this, a plastic that, everything plastic…. And what about blood? How many bloods are there? American blood, Jewish blood, Hindu blood, white blood, Christian blood, Catholic blood, Protestant blood ..how many types of blood? Only four.

Usually you identify ‘I’ with qualities – I am a Jew, Catholic, Protestant, I am male, female, I am a president, holy man, sinner, and so on. You identify with these qualities, but these qualities do not belong to the ‘I’. Qualities always change, but the ‘I’ does not change.

Once I was strong and healthy; I could climb Mount Everest, but now I cannot. I need someone to lift me up, even to get up from this chair. Have I become a different person because my body has changed? No. Only when we learn to discriminate do we understand the ‘I’ is not Jewish, Catholic, Protestant, Hindu, Muslim, Buddhist. It is ‘I am that I am.’

These words are in the Bible. When Moses saw the Burning Bush he asked, ‘Who are you?’ What did the voice from the Bush say? It didn’t say, ‘I am God.’ That’s a quality—being God is a quality. But God is not a quality. The subject, the ‘I am’ is… God. ‘I am that I am.’ That is why there is no other except the one ‘I am’, nothing more. That’s all. If you add anything to ‘I am’ it is a quality.

In the same way, my qualities – I am Swami Vishnudevananda, I weigh one hundred and forty pounds, I am five foot three inches tall, I am a Hindu, I am a swami, I am a holy man, can only have meaning against an unchanging background and this is the ‘I’.  Who is this ‘I’, this ‘I am’? If I ask who are you, your answer will be I am married, a housewife, yoga teacher, and so on, adding the zeros. These zeros change. But the ‘I am’ is the subject and remains always the ‘I am’.

What then is the meaning of mortality and immortality? Mortality comes when you identify with the qualities, the object—I am this body, I am Mr. So and So. These qualities will change and that is called mortality. But your Self, the ‘I am’, is immortal, it never changes even when the physical body dies. You have forgotten. You think that the immortal Self is the body. As long as you have this body, as long you as you can see and hear, you think that you will live eternally, although you know that one day we all have to die.  Yogis do not fear death. Why not? 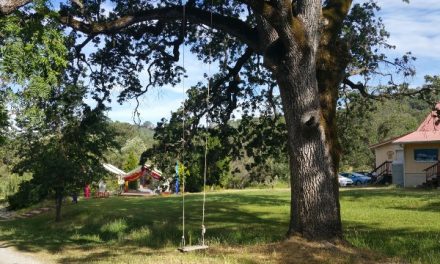 Why You Need a  Yoga Vacation 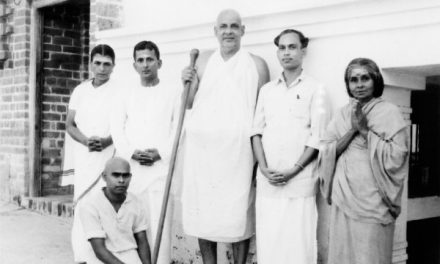 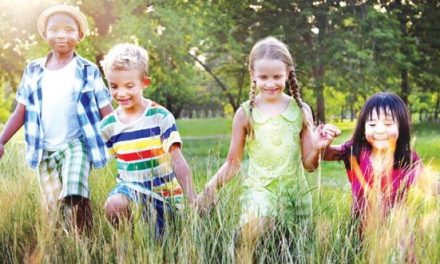 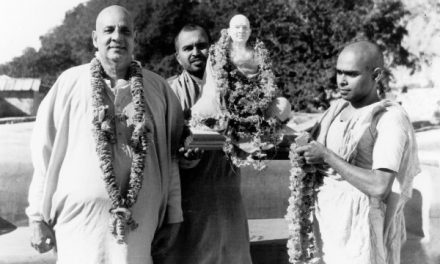