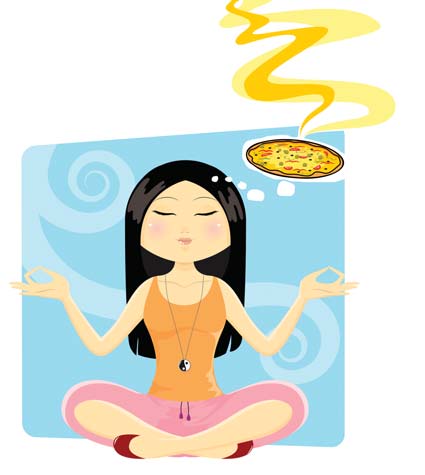 The Yogic Lighter Side

The Yogi and the Pizza

The Yogi walked into the Zen Pizza Parlour and said: “Make me one with everything.” When the Yogi got the pizza, he gave the proprietor a $20 bill. The proprietor pocketed the bill. The Yogi said, “Don’t I get any change?” The proprietor said, “Change must come from within.”

Graffiti on a wall: “God is dead.”– Nietzsche. Below that was written: “Nietzsche is dead.”– God.

A devotee is hiking in the Himalayas. Suddenly he slips and is about to fall into a ravine but luckily, in the very last moment, he manages to catch hold of an overhanging rock. While he clings to it, precariously dangling over the abyss, he feels his strength slowly but steadily ebbing away. Desperately he looks up to the sky and cries out: “Is there someone up there?” Out of the heavens comes a disembodied voice, “Yes my son.” “Please tell me, what shall I do?” pleads the devotee. The same Divine Voice booms, “Say a prayer, trust in God and let go!” After a few moments of silence the devotee looks up to the heavens again and cries out: “Is there someone else?” 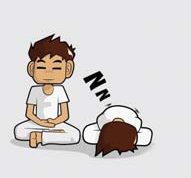 Two men meet on the street: “How are you?” one asks. The other replies: “I’m fine, thanks.” “And how’s your son? Is he still unemployed?” “Yes, he is. But he is meditating now.” “Meditating? What’s that?” “I don’t know. But it’s better than sitting around doing nothing!”

A specialist for internal medicine gave Swami Sivananda a thorough medical examination. At the end of his check-up he said: “You know, Swamiji, the problem is that you have an enlarged heart”. Swami Sivananda just smiled and replied “Ah, this is also considered a disease nowadays!”

A businessman sat in his car in a sweat because he had an important meeting and couldn’t find a parking place. Looking up to heaven he said, “Lord, take pity on me. If you find me a parking place I will start to pray every day and donate all my wealth to charity”. Miraculously, a parking place appeared. The business man looked up again and said, “Never mind, I found one.”

Four yogis have taken a vow of silence. They’re sitting in the meditation hall when one of them says out loud: “It is really nice to be in silence”. Then the second one says: “Be quiet!” and the third one says: “You are both talking!” Then the last one says, proudly: “I am the only one who has not spoken!” 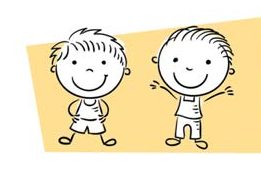 Two boys were walking home from church after hearing a strong preaching on the devil. One said to the other, “What do you think about all this Satan stuff?” The other boy replied, “Well, you know how Santa Claus turned out. It’s probably just your dad.”

At the entrance to a Hindu temple there was a beggar always stretching out his hand, asking and pleading for alms. One day he stretched out both of his hands. A passer-by asked him: “All these days, you were stretching out only one hand – why are you today stretching out two hands?” To which the beggar replied: “Hari Om! Praise God! Business was so good that I opened another branch!”

A Prayer for the Day

Dear God, so far today, I’ve done all right. I haven’t gossiped, and I haven’t lost my temper. I haven’t been grumpy, nasty or selfish, and I’m really glad of that! But in a few minutes, God, I’m going to get out of bed, and from then on, I’m probably going to need a lot of help. Thank you! Amen. 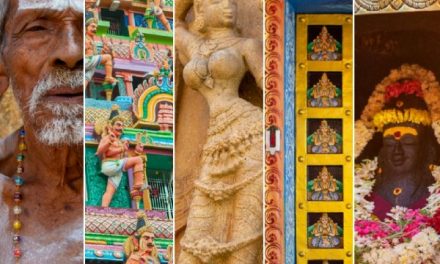 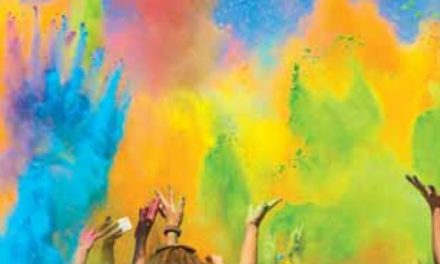 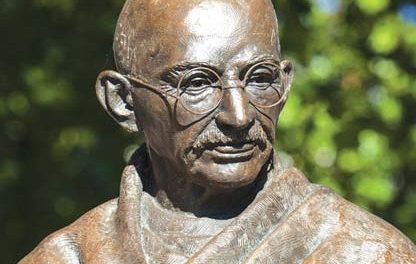 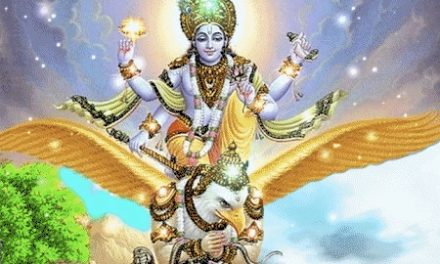