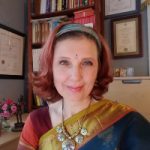 In simple terms, the Vimana is a part of the temple super structure, the pyramidal top to the sanctum where the deity resides, called the Garbhagriha (shrine). 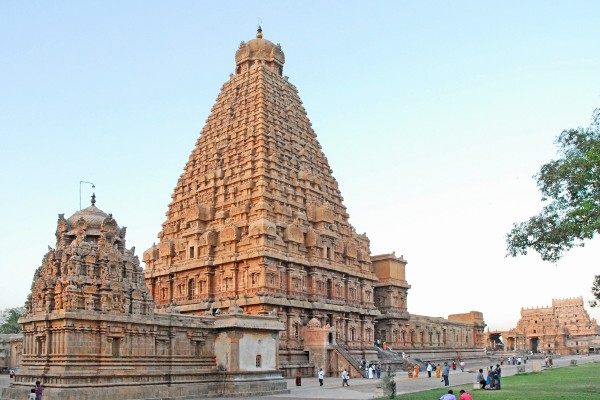 Did you know that there is an important part of a temple structure, called the Vimana? It is a space which not only holds divine energy but creates it. The same word, Vimana, can also refer to an ancient space craft, or flying chariot, which can travel from one world to another. I’d like to explore here what the term Vimana means according to different Hindu literature and how this connects architecture, travelling in space, and meditation.

In his invaluable work on Hindu architecture, Manasara, Prasana Kumar Acharya gives a description of the term Vimana as follows: “Vimana – Etymologically implies an object measured (from root ma), prepared, or made in various ways, a conveyance, a balloon, a heavenly car, a temple, or building in general, the place of an emperor, a tower surmounting the sanctuary which is made in the centre of the temple.” “A car or chariot (of the gods) sometimes serving as a seat or throne, sometimes self-moving and carrying its occupants through the skies”.

I have visited many old temples in Tamil Nadu and have experienced the flow of energy from this most sacred part of the temple.

In simple terms, the Vimana is a part of the temple super structure, the pyramidal top to the sanctum where the deity resides, called the Garbhagriha (shrine). The deity meditates in the Vimana, or connects with cosmic space with the help of the structure and other procedures performed by temple priests.

The entire Hindu temple with the Vimana is mathematically calculated with care and precision according to Vaastu Shastra. This science was taught to me by my dear late Guru, Padma – bhushan Dr. V. Ganapati Sthapati, in 2005. After all these years, I am still fascinated with the science and technology of Vaastu Shastra.

Then there is the other meaning of Vimana – an ancient spacecraft or flying chariot.

As I have said, the Vimana not only holds divine energy, it also creates energy. According to Dr. Sthapati, the most vibrant, energetic place of the temple is the Garbhagriha with the Vimana on the top of it. Usually only priests who worship in Garbhagriha are allowed inside. Still, even if you only approach the Garbhagriha, you will feel the incredible current of energy radiating from it. I have visited many old temples in Tamil Nadu and have experienced the flow of energy from this most sacred part of the temple.

It feels like a gentle wind of energy enveloping you, and I felt as if I grew roots from my feet into the temple floor. You can sit near the shrine and meditate. The phenomenon of feeling energy in the temple has a special Sanskrit term: “gamaka”. Dr. Sthapati explains the phenomenon in his book, Sthapatya Veda: “If one could produce sound out of the cube of the inner cell and allow it to come out into the complex and fill the space around, don’t you feel that the whole space would reverberate in harmony with the sound of the inner cell?

So very minute particles (paramanu) of the temple space would resonate with each other producing ‘gamaka’ of the musical field. If the effect is ‘sunaada’, you experience the ‘SPIRIT’ in full measure. This ‘Rasanubhava’ or ‘Paramananda’, is the supreme bliss that we temple-goers experience.” Every temple has its own Garbhagriha carefully calculated according to special mathematical formulas, Ayadi calculations. The space of the shrine is calculated using the nakshatra of a specific deity.

The Ayadi creates a very special vibrancy in each temple because the module of the measurement of the Garbhagriha’s space is used in the entire temple complex. The space module can have a vibrancy of Siva, Vishnu, Meenkashi, or another deity. Therefore, Ayadi calculations are very im – portant to create the specific Divine vibrancy of the main deity in the temple. The Vimana structure in the photograph is of the Brihadeshwara Temple in Tanjavur, Tamil Nadu, which is my favourite temple of South India. Then there is the other meaning of Vimana – an ancient spacecraft or flying chariot.

Maharshi Bharadwaja, in Vimanika Shastra, states: “Experts say that that which can fly through air from one country to another country, from one island to another island, and from one world to another world, is a Vimaana”. Having thus defined the name, the sage proceeds to describe the Vimana’s details: “Scientists say that there are 32 secrets of the working of the Vimaana. A pilot should acquaint himself thoroughly with them before he can be deemed competent to handle the aeroplane.

He must know the structure of the aeroplane, know the means of its take off and ascent to the sky, know how to drive it and how to halt it when necessary, how to manoeuvre it and make it perform spectacular feats in the sky without crashing.” Reading Vimanika Shastra, you find that the pilot has to use tantric knowledge, to know how to use yantras and yogic techniques. It states: “In shape and movements there is no difference in the vimaanas, except in the matter of the use of mantraas and tantraas.”

Pilots should possess strong will power and have control over the mind, then he or she can fly the Vimana at his or her will to different parts of the universe which are: “Five atmos – pheric regions – Rekhaapathha, Mandala, Kakshya, Shakti, Kendra and even 519,800 airways traversed by Vimanas of the Seven Lokas or worlds – Bhooloka, Bhuvarloka, Suvarloka, Maholoka, Janoloka, Tapoloka and Satyaloka.” (from Siddhanaatha quoted in Vimanika Shastra, p.8) Vimanika Shastra can be found on the internet.

Many people tried to build a Vimana based on the descriptions from this Shastra but they could not make the Vimana fly. The secret is in both the construction and most importantly in the qualities of the pilot. Such a person should have purified his or her mind and body to acquire yogic powers.

I began to think and research how to build a tent structure calculated precisely per Ayadi calculations, to benefit different types of people, like a mini Vaastu house. 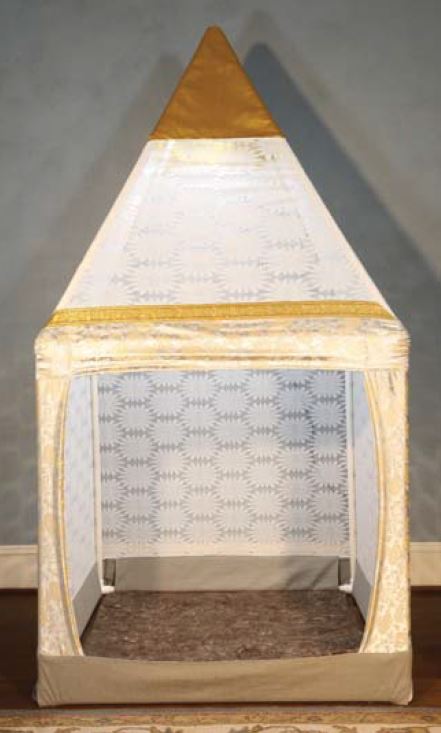 Therefore, to be a Vimana pilot one should learn meditation techniques and be a yogi first. Then you can fly not only physically but also mentally. The power of the mind is the key. Ever since starting my studies with Dr. Sthapati, I have wondered if it would be possible to build a Vaastu structure that would benefit many people.

According to Vaastu Shastra, space can be calculated to the personal energy of a specific human. Such space, as a home, will give more energy and peace to the owner, but this way of construction is very expensive in modern times. Finally, an idea came with some help from the Divine and good friends. I began to think and research how to build a tent structure calculated precisely per Ayadi calculations, to benefit different types of people, like a mini Vaastu house.

It took years, and the support of family, friends, Sivananda yogis and Swamis, but finally the idea materialised combining the temple super structure and flying chariot Vimana together into one simple structure. I called it the Personal Meditation Space – Vaastu Vimana: “Vaastu” because Ayadi calculations are implemented to create a peaceful vibrant space for meditation, and “Vimana” because the structure has the special shape of the simple shrine, like in the temple. The pyramidal top has specific geometric angles to create peaceful energy for the meditator.

It took years, and the support of family, friends, Sivananda yogis and Swamis, but finally the idea materialised com – bining the temple super structure and flying chariot Vimana together into one simple structure.

The picture shows the completed structure. You can sit comfortably and meditate in the Vaastu Vimana. It is a true Vaastu structure and built up to the precision of 1/16 of an inch and has the vibrancy of the Divine mother per Ayadi calculations. Therefore, it comforts anybody. You can meditate in it and “fly” in your meditation to those regions your mind can access for your own experiences.

Thank you to Sivanada Ashrams in Europe, Bahamas and California, USA who hosted Vimana workshops in 2015, when this Vimana made its first test flight to the yogis around the globe! We all had a great time.

Mandodari (Olga Sokolova Ph.D.) is a Certified Vastu Shastra consultant. She studied at the International Institute of Mayonic Science & Technology in Chennai, India, under Dr V. Sthapati Ganapati, a well-known architect from South India who applied Vastu principles in his architectural designs. 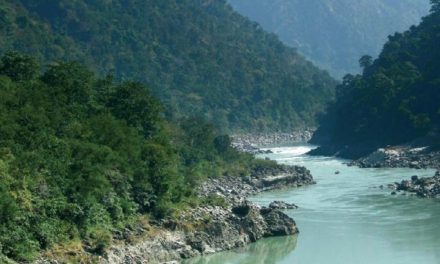